A Historical Timeline of St. Paul’s

The history of St. Paul’s dates back to the 1830’s when the Rev. William A. Clark, D.D., Rector of All Saints Church, New York City, journeyed west with his family to the territory of Michigan. Dr. Clark settled in the Brighton area and conducted the first regular Protestant religious services here. The Episcopal Mission in Brighton was established in 1878. At that time, services were held in various local buildings.

Chloe Clark, the daughter of Dr. William Clark, directed in her will that all of her property be sold after her death and proceeds be used in the building of a Protestant Episcopal Church. The architect employed to draw plans for this new building chose a style patterned after a little chapel in England. The cornerstone for this new church was laid in May 1880, and the first service held June 21, 1881.

St. Paul’s was closed and inactive on at least two occasions in the past: for two years in the mid-1920’s and for at least ten years from the early 1930’s to the early 1940’s. During this latter period, church records were held in the home of a former church lay reader. When his house was completely destroyed by fire, all records dating back from 1886 to 1932 were lost forever.

In 1963, the mission church of St. Paul’s petitioned the Diocesan Convention for admission to Parish status. The petition was duly granted, and on St. Paul’s Day, January 25, 1964, our Vicar at that time became our first Rector, and we as a parish assumed the responsibility of full support of our church.

In January 1988, the congregation decided that the church needed expansion and renovation. In June architectural plans were presented to the congregation; subsequently, a major fundraising effort was begun. This renovation, completed in March of 1992 resulted in the present L-shaped structure of the church. The dedication service included another cornerstone laying. In 2000, a Garth, place of spiritual reflection and retreat, was created next to our sanctuary.

In July of 2013, St. Paul’s engaged in its fourth renovation and building expansion project. The entire St. Paul’s facility was updated with a newly expanded worship space, a new chapel, gathering space, atrium and classrooms. On June 21, 2014 Bishop Wendell N. Gibbs Jr., Tenth Bishop of Michigan, consecrated the completed St. Paul’s building in a ceremony of ancient and modern ritual.

More than 14 Vicars and Rectors with diverse backgrounds and personalities have served St. Paul’s throughout its existence, some for as short as a period of two years. Our most recent Rectors have served for periods over 10 years.

Throughout our history, many dedicated church members have renewed the physical and spiritual structure of St. Paul’s through their special gifts and memorials, and by the sacrificial giving of time, talents and treasure. 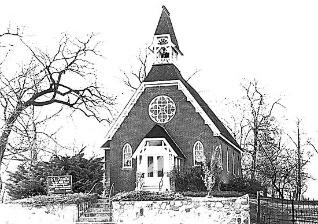 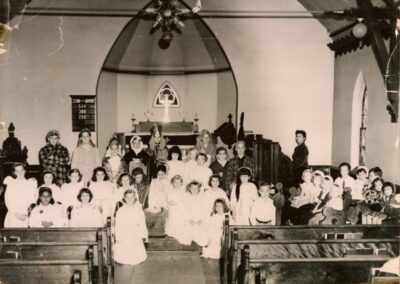 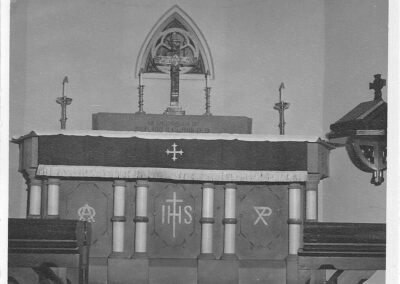 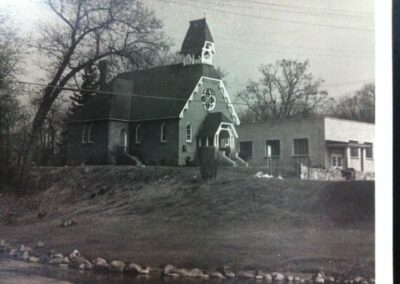 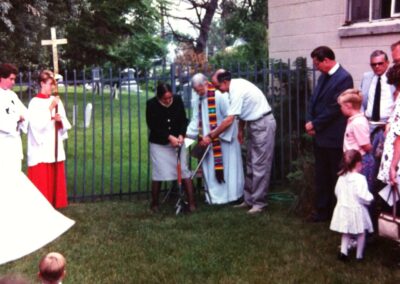 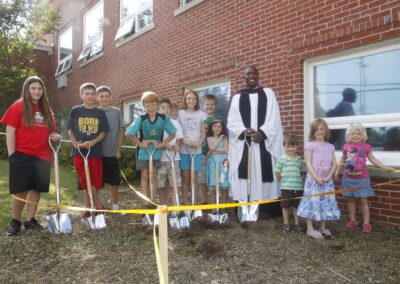 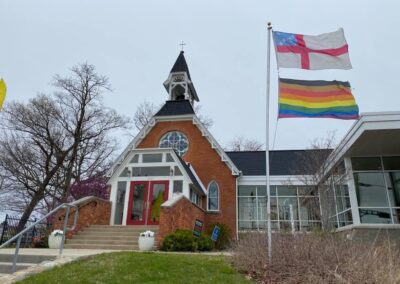 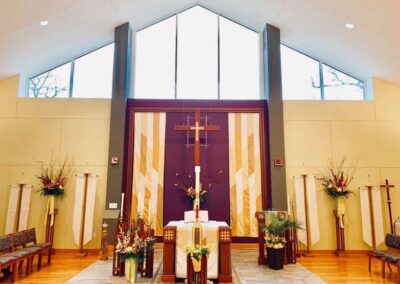